Today with the release of Docker Desktop 3.0.0, we’re launching several major improvements to the way we distribute Docker Desktop. From now on we will be providing all updates as deltas from the previous version, which will reduce the size of a typical update from hundreds of MB to tens of MB. We will also download the update in the background so that all you need to do to benefit from it is to restart Docker Desktop. Finally, we are removing the Stable and Edge channels, and moving to a single release stream for all users.

Changes Based on Your Feedback

Many of you have given us feedback that our updates are too large, and too time consuming to download and install. Until now, we only provided complete installers, which meant that each update required downloading a file of several hundred MB. But from now on we will be providing all updates as deltas from the previous version, which will typically be only tens of MB per release.

We have also heard that updates are offered at an inconvenient time, when you launch Docker Desktop or when you reboot your machine, which are times that you want to start work not spend several minutes downloading a new version. Now that updates are so small we are able to download them in the background, and only require a restart to start using the new version.

At the same time, we are removing the Stable and Edge channels, and moving to a single, cumulative release stream for all users. The two channels date from the very early days of Docker Desktop and were designed to give users a choice between getting the very latest features at the cost of some instability, or a slower but more stable version.

Download and install Docker Desktop for Windows. After installation is complete the screen prompting you to enable to the Hyper-V feature will be displayed. Click Yes to enable it. Restart your computer. Click the Docker Desktop icon. Open the terminal of your choice, and issue the following command: docker run hello-world.

But in practice, lots of users have told us that the system was confusing and inflexible. It was hard to know when bug fixes would reach each version, making users confused why they were still seeing an issue when we said it had been fixed. Fixes arrived in Stable too slowly, but users didn’t want to switch to Edge to receive the fix they were waiting for because it meant resetting their containers and images. Furthermore, Edge meant accepting frequent, large updates from then on, which users found disruptive. Also, the two channels used parallel but separate version numbers, leading to confusion about which version was ‘later’.

In summary, many users have told us that they find the two channels unfamiliar and confusing. “I don’t want to have to choose between stability and a fix for my bug, I want both” was typical of the comments we heard from our users. So going forward there will be only a single release stream that everyone will share. It will have all the latest fixes and experimental features so that everyone can benefit from them as early as possible. Updates will be cumulative so that there is no longer any confusion about which features have reached which builds. When we introduce an experimental feature, it will be available to everyone, but we will make it clear that it is experimental.

Our vision is that you no longer have to choose between prompt fixes and low maintenance: from now on everyone will have the latest features and fixes, while receiving updates that are an order of magnitude smaller and are applied automatically.

We know that many of our Edge users like to get even earlier notice of upcoming features and play with them before they’re ready for general consumption. For you, we’re today opening up our developer preview program more widely. It was previously by invitation only, but with the removal of the Edge channel, we’d like to invite anyone interested to join and get access to new features before they reach a public release.

And today we have released to our preview users two exciting features that we know a lot of people have been waiting for: Docker Desktop on Apple M1 chips, and GPU support on WSL 2. To find out more about the Docker Developer Preview Program, read my colleague William Quiviger’s blog post.

The Year in Desktop Innovation

2020 has been the busiest year ever for Docker Desktop, in line with our commitment at the end of last year to refocus our business on developers. During 2020, we have released:

There’s lots more to come next year, but we are proud to label this release as version 3, and we invite you to download Docker Desktop 3.0.0 today and try it out!

If you're running macOS or Windows you have a few options for installing Docker. There's even a third way too, and we'll compare them here.

Quick Jump: OS and Hardware RequirementsPros and ConsWhich One Should I Use?

If you’re on macOS or Windows you can install Docker with:

All 3 of those options have their own pros and cons and in this article we’re going to cover them. If you’re looking for a high level overview of what Docker for Mac / Windows and Docker Toolbox is, then check out this article on getting to know Docker’s ecosystem.

It’s helpful to know what you can install before we compare everything, so let’s do that:

Docker for Mac requires that you’re running Mojave 10.14+ or newer with an Intel CPU. M1 support is on its way.

You can run VirtualBox 6+ alongside Docker Desktop. This is pretty useful because you might have some legacy apps running in Vagrant / VirtualBox to deal with (I know I do!).

For years prior to that you could only run it on Windows Pro, Enterprise or any edition that had Hyper-V available, but since August 2020 pretty much all supported versions of Windows 10 can use Docker Desktop.

You can also run VirtualBox 6+ alongside Docker Desktop too in case you have older projects using VirtualBox (perhaps with Vagrant too).

Prior to mid-2020 this was still a reasonable way to run Docker on machines that couldn’t run Docker Desktop, but that’s no longer the case.

It’s now considered legacy and as of late 2020 it’s been officially deprecated.

Unless you’re using unsupported versions of Windows or have a really really ancient Mac you shouldn’t need to ever use this tool.

But if you’re in a pinch and you absolutely must use it, technically it’s still available at https://github.com/docker/toolbox/releases, but it’s no longer maintained by Docker.

Docker will happily run inside of VirtualBox, VMWare Workstation or any other Type 1 / 2 Hypervisor that’s running a major distribution of Linux as a guest OS.

If for whatever reason you can’t use Docker Desktop then this solution would be better than using Docker Toolbox since you can install supported versions of Docker and you have full control over the environment.

Now for the good stuff!

I’m not going to bother listing a pros and cons here because I wouldn’t recommend doing this UNLESS you’re stuck on Windows 7 / 8 or an older version of Windows 10 like 1809.

But more on that in a bit.

Which One Should I Use?

If you’re interested in Docker, you’re a smart person and you probably came to the conclusion that using Docker for Mac or Docker for Windows is a good idea as long as you can run it.

My recommendation would be to try Docker for Mac / Windows first, and test it against your actual use cases. The performance issues may or may not be a concern, especially since everyone’s needs and computer specs are different.

I’ve been using Docker Desktop on Windows for full time development since late 2018 and it’s been nothing short of fantastic. Currently I use it with WSL 2, but it was really good with WSL 1 along with Hyper-V too.

Stuck on an Old Version of Windows and Like Linux?

I want to mention a “roll your own VM” solution for Windows users because I feel like there’s an even better way to run Docker on Windows if you also like Linux and are stuck not being able to use modern versions of Windows 10.

It involves running VMWare Player in a special mode called “Unity mode”. This basically allows you to run Windows and Linux together seamlessly as 1 operating system. 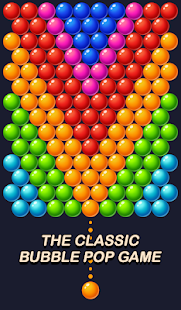 There’s no dual booting and Linux applications (even graphical apps) run in their own floating windows. Then you can install Docker natively on Linux inside of the VM.

The performance is excellent and the entire set up is free too.

I used this set up for about 5 years until Docker Desktop was available. It gives you the best of both worlds. For example, I run high end audio / video apps on Windows while recording courses and screencasts that cover Linux content. It all works great (even for full time development).

You can watch a video guide and see screenshots on how to do that in this post on creating an awesome Linux development environment in Windows.

Are you using the Docker Toolbox, Docker for Mac / Windows or your own VM?