You must use Docker Toolbox to run docker on Windows 10 home. There is a native Docker for Windows Pro, Enterprise or Education. It runs natively on *nix.

I ran into a few quirks setting up Docker and VirtualBox on my Windows Home PC. Here are some tips.

This is considered a legacy product. Hopefully Docker will be able to add support for Windows Home to their native app in the future. You can download Docker Toolbox from the toolbox support page.

Once your docker machine is running you can access it with MINGW or Power Shell. In order to use Power Shell we need to load the environment variables, which are loaded by default in MINGW.

It should return output similar to this:

Paste the last line from the above output into PowerShell

Confirm it worked by typing the following in PowerShell

MINGW Posix Conversion shows how MINGW converts filepaths when typed into the terminal. When mounting a volume in MINGW you should put a double forward slash in front of the entire filepath section of the command like this:

MINGW does not work properly with the -t (TTY) option. Right now it seems the best workaround is to use Powershell instead. In a Powershell terminal type: 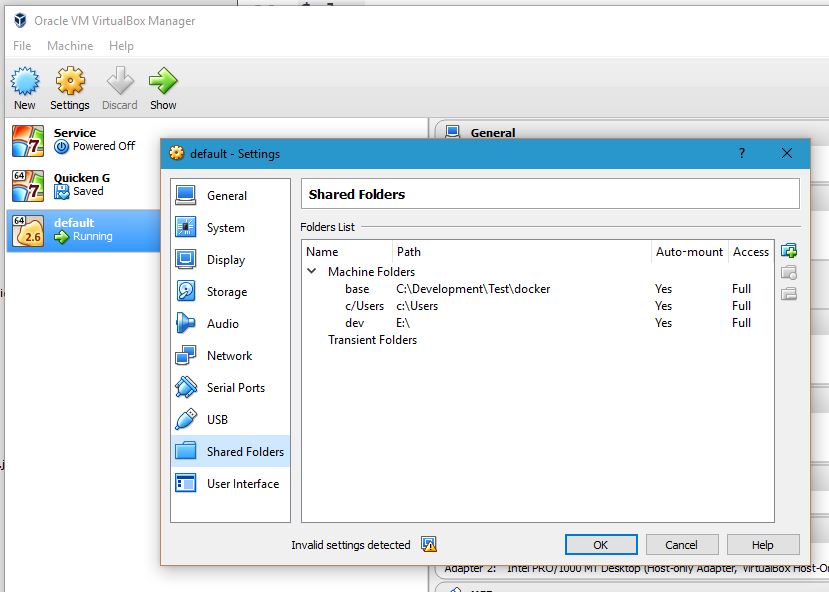