When I'm working with Windows I love to have a standarized way to install software. Did you remember how we have set up our dev machines a few years ago? Well, about five years ago I found this blog post by security expert Troy Hunt and his 102 simple steps for installing and configuring a new Windows 8 machine showed most of the time cinst this and cinst that. This opened my eyes, wow there is a package manager for Windows. Since then I started with automation tools like Packer and Vagrant to describe repeatable development and test environments. This also lead me to contribute back to the Chocolatey community repository, because I just couldn't cinst packer at that time. So I wrote my first Chocolatey package which is very easy as it only links to the official download URL's from the software vendor.

In these five years I went through several Windows machines and contributed missing Choco packages also for installing the Docker tools I needed.

The following diagram shows you the most relevant Chocolatey packages for Docker. I'll give you a little bit of history and explain why they all exist in the following chapters.

The first Docker tool that landed as a Chocolatey package was the Docker CLI. Ahmet Alp Balkan working at Microsoft at that time ported the Docker CLI to Windows so we had the docker.exe to communicate with remote Docker engines running in a Linux machine. This package was and still is called docker.

Nowadays it might be confusing if people want to run choco install docker and 'just' get the Docker CLI without any Docker Engine. We're in discussion with the Chocolatey team how to softly fix this and transfer the Docker CLI into a new package name called docker-cli to make it more clear.

Docker, Inc. created Docker Toolbox to have all tools and also VirtualBox bundled together. Manuel Riezebosch started a Chocolatey package docker-toolbox for it and still maintains it.
This package is usable for people that cannot run the newer Docker Desktop product. The reasons could be

This is the fine granular approach to install only the tools you need, but still using the choco install experience.

Manuel Riezebosch started a Chocolatey package docker-for-windows which is an excellent work. You can install 'Docker for Windows' product with it which is the successor of 'Docker Toolbox'. But please read the next section to grab the latest version of it.

With the new release of Docker Desktop 2.0 for Windows 10 Pro/Enterprise there is also a change in the name. The product 'Docker for Windows' has been renamed to 'Docker Desktop'. It also gets a new version format.

That's the reason to start with a new Choco package name. Please unlearn docker-for-windows and just use choco install docker-desktop to get the latest version on your machine.

Thanks Manuel Riezebosch for mainting this choco package!

If you want to install Docker on a Windows Server 2016 or 2019, there is no Chocolatey package for it. The best experience with Docker on a Windows 10 machine is using the Docker Desktop product. Try to grab an up-to-date Windows 10 Pro machine to be all set for it and then run

Otherwise jump over to https://chocolatey.org/search?q=docker and grab one of the other Docker related Chocolatey packages.

I hope this overview of all the Chocolatey packages will give you a better understanding of what is right for your needs. I would love to hear your feedback so please leave a comment below or ask me on Twitter.

I’ve been working on installing Docker on Server 2016. Here are the steps I’ve followed and some issues I ran into:

First, you have to have Windows Server 2016. 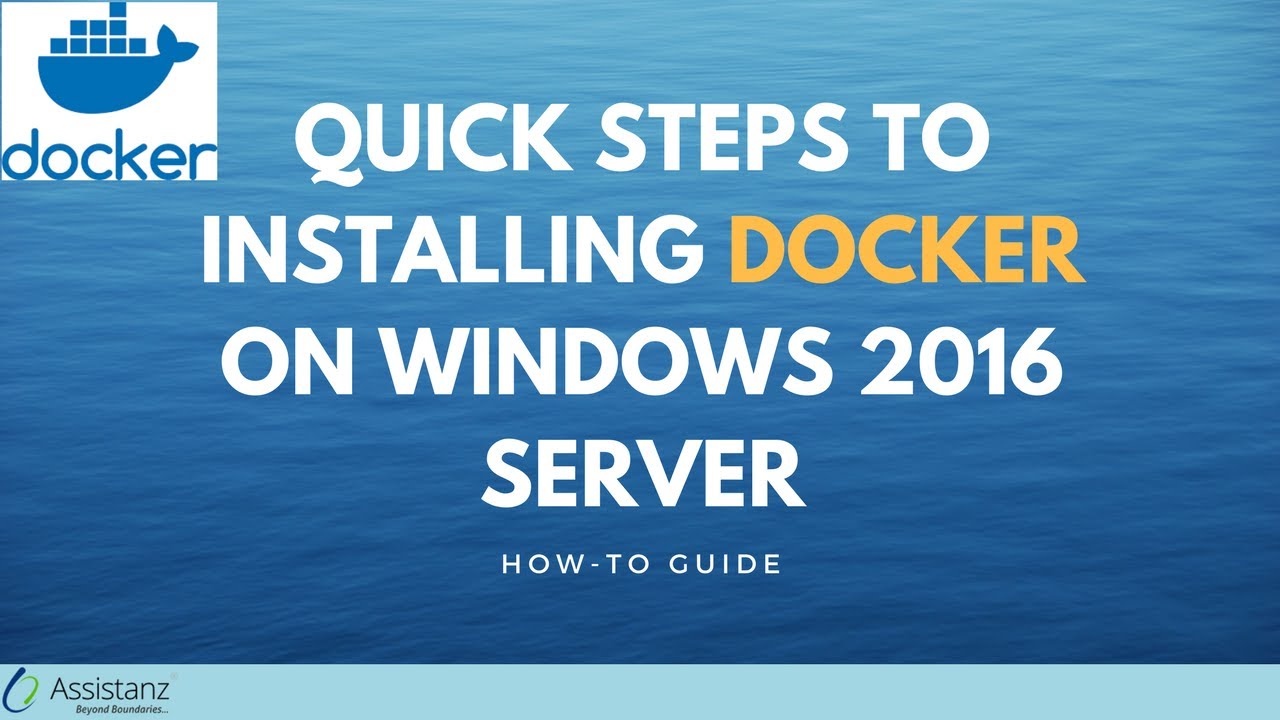 Then you want to see what operating system container images are available:

This step wasn’t in the instructions I was following but is necessary and was raised on the GitHub site as well. The server will rebootafter the below command is executed. After it reboots, you need to run the command again. Ugh. I thought it was done and tried to install Windows Server Core and it failed after about 30 minutes.

As stated above, run the command again. Once done, it will actually tell you that it’s Online and True:

I went to have a bite to eat, took a nap, Surfed Reddit for a while, went to the bathroom and then it was done!

You can check if the image was downloaded by running looking in the directory:

First, you want to download the Update-ContainerHost.ps1 powershell script. Here is the command:

Run the command. I actually ran this to download the script while the above install of the Windows Server Core was running: